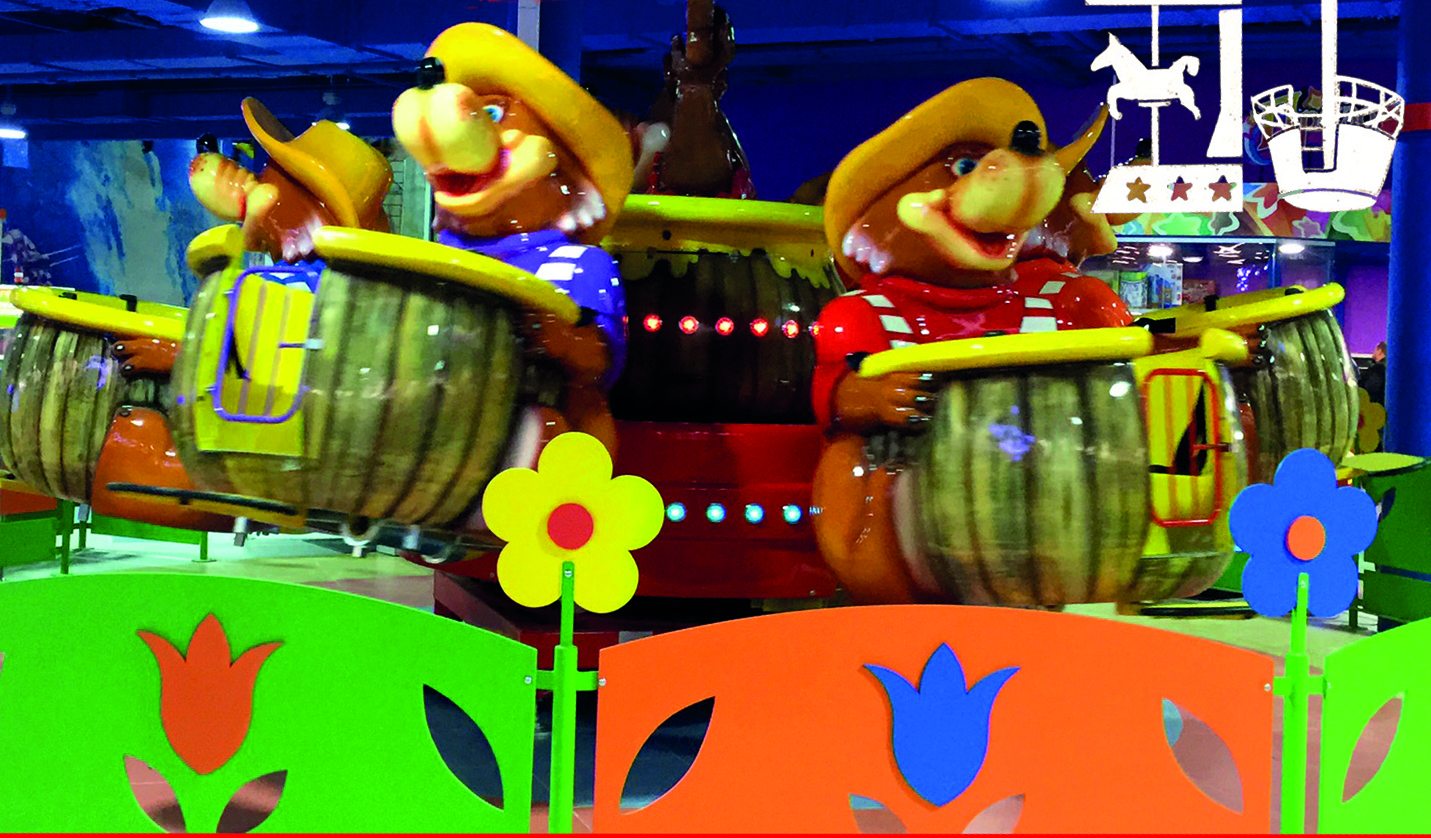 Wide range of family attractions for newly opened FEC Italian ride manufacturer IE Park has announced the opening of a large selection of rides and attractions at the new GrinnLandia project in the city of Kursk, Russia, as part of the recently opened MegaGrinn shopping mall in the city.
The amusement park incorporates some of the company’s most popular products, the selection including a Soup Bowl, Flying Balls, Rocking Whale, Wave Swinger, Fun Factory, Circus ride and a magnificent 14m. JR30 high roller coaster. The majority of the rides have been custom made for the venue and are new within this particular market.
All the attractions installed were supplied through IE Park’s Russian agent, PlaySpace, who carried out the selection process, planning co-ordination, transport, import, certification and installation. It is the third such project between the two companies, following the successful completion of ride installations in the Russian towns of Orel and Belgorod, which opened in 2013.
The Grinn Corporation is quickly reaching a prominent position in the FEC sector in conjunction with IE Park and PlaySpace and IE Park / SOLI Bumper Cars vice-president Andrea Munari commented: “We are proud to have successfully completed the supply of seven rides for this project which has highlighted the achievement of several key design and manufacturing elements, in particular the custom-made size of the roller coaster and specific innovations on the bumper cars. We congratulate Nikolai Greshilov, general director and owner of the chain of FECs and supermarkets, and Pavel Greshilov, deputy general director, on the occasion of this latest opening. We would also like to thank very much MegaGrinn, our agent PlaySpace and
the entire team of technicians who have worked so hard on this project”.
Elena Smirnova, general director of PlaySpace, commented: “We are pleased to have been able to install in this park several rides that are national premieres – the Soup Bowl, the oval auto scooter track with brand new concave track and magnificent LED lighting and transparent bumper cars of unprecedented quality that are acknowledged worldwide, with the required ‘drift’ option. Another premiere that we are proud of is a tailor-made roller coaster JR30 to match the specific demands of the customer and which will appeal to all family members. Installation of rides of such quality will also ensure low maintenance costs.”
In addition to the amusement park of approximately 5,000sq.m on the fourth floor of the building, MegaGrinn mall offers a wide range of other activities with a particular focus on health and sports. As a result there is also a fitness centre, swimming pool, spa, ice rink and bowling, with additional entertainment including a cinema, karaoke, night club, concert hall and a large food court.

This site uses cookies. By continuing to browse the site, you are agreeing to our use of cookies.